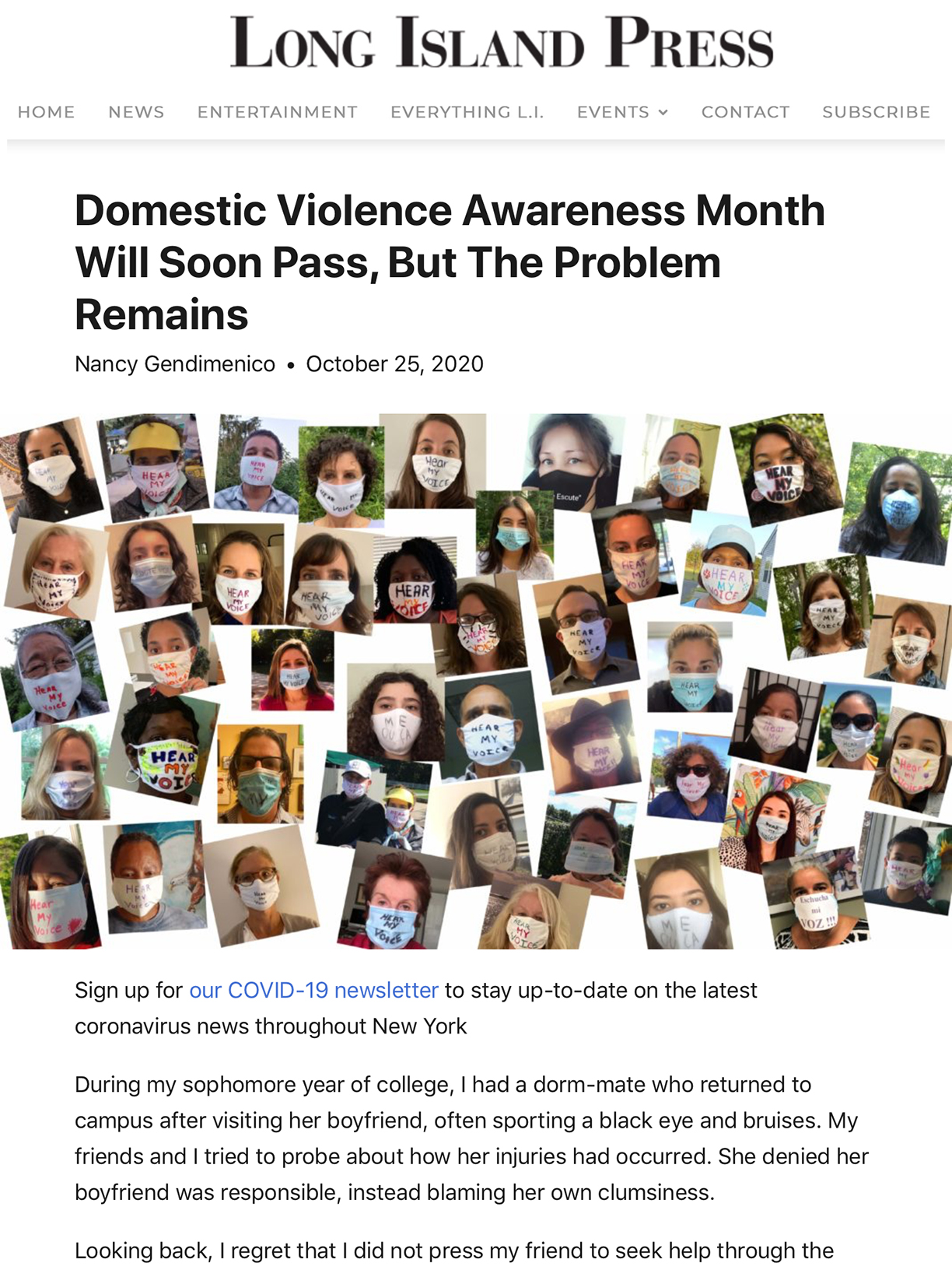 During my sophomore year of college, I had a dorm-mate who returned to campus after visiting her boyfriend, often sporting a black eye and bruises. My friends and I tried to probe about how her injuries had occurred. She denied her boyfriend was responsible, instead blaming her own clumsiness. Looking back, I regret that I did not press my friend to seek help through the Student Health Center. A couple years later, a childhood friend took a job at a new shelter for battered women in Baltimore, for which she tirelessly fundraised as its first executive director. Until then, I did not know services like those her organization provided were available to victims of domestic violence and intimate partner violence. [read full article]