A Foot in the Door 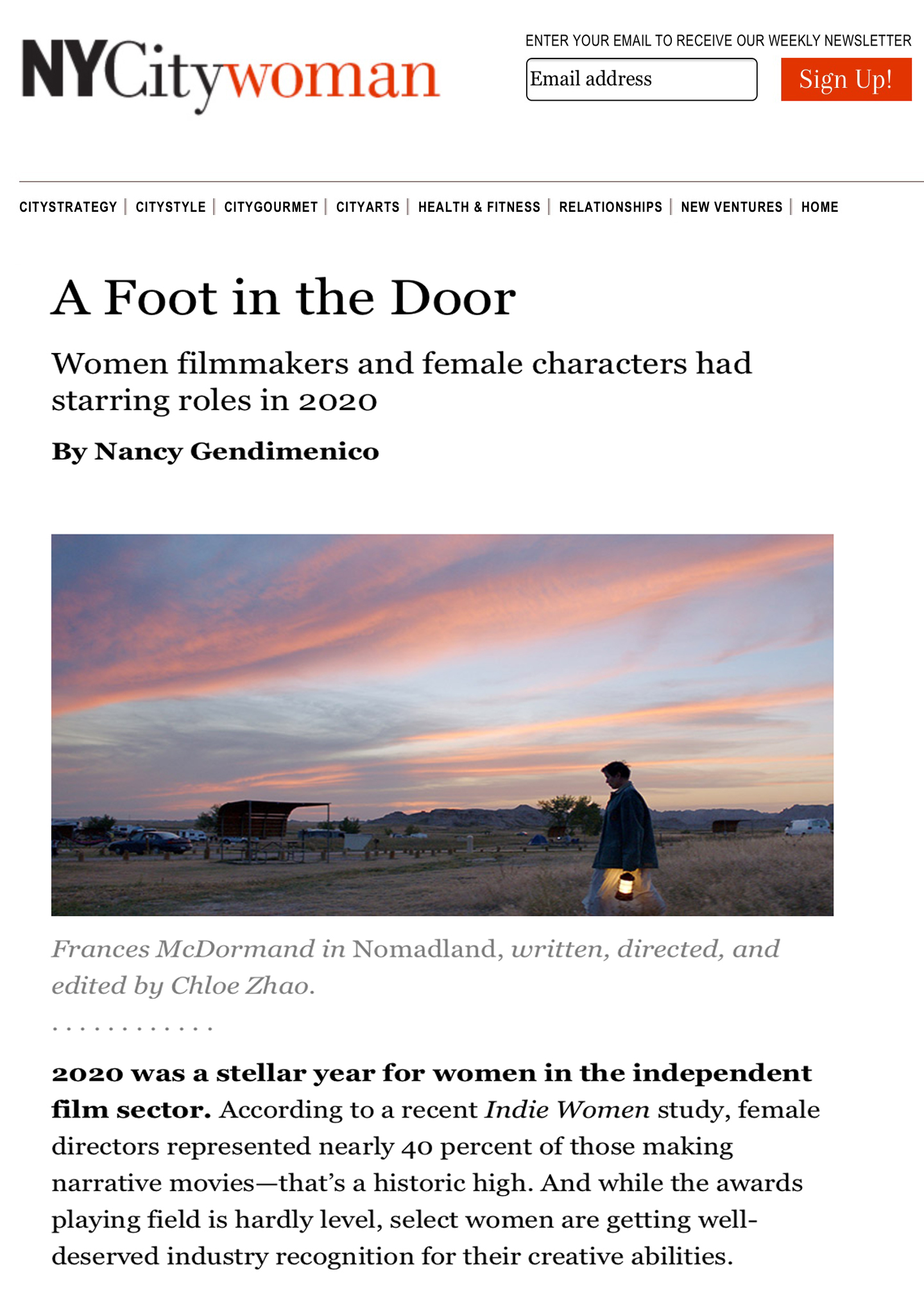 2020 was a stellar year for women in the independent film sector. According to a recent Indie Women study, female directors represented nearly 40 percent of those making narrative movies—that’s a historic high. And while the awards playing field is hardly level, select women are getting well-deserved industry recognition for their creative abilities. Chloe Zhao, writer, director, and editor of Nomadland, won a Golden Globe for best director; four BAFTAs (British Academy of Film and Television Arts awards), including for best film and best director; and a Director’s Guild Award for best director of a feature film. This catapults Zhao into a frontrunner position for six Academy Award nominations, including for best picture at the 93rd awards ceremony on Sunday. The 40-Year-Old-Version, created by first-time filmmaker Rhada Blank, won a Critic’s Choice Award. She was also nominated for a BAFTA leading actress award. Yes, she starred in this film too. Not to overlook Never, Rarely, Sometimes, Always, written and directed by Eliza Hittman, and The Assistant, made in 2019 by Kitty Green, which have garnered numerous regional and international awards—as well as many other notable films that made it to screens in the past year. It’s been a long climb for women filmmakers. At the outset—the silent film years of the late 19th and early 20th centuries—women dominated the industry. But their gender dominance waned with the development of talking pictures, which was when men realized that movies offered lucrative opportunities. Capitalism indeed created the studio system, and women were sidelined as consolidation occurred at the studios and powerful unions held sway in Hollywood. [read full article]